I dislike country. Yes, I said so don’t get mad at me anyone who loves it. The closest artist I like that comes close to country is Johnny Cash but really, Johnny is just Johnny. No one has ever produced music like he has, leading him to be inducted not only to the Country Hall of Fame but also the Rock and Roll and Gospel Halls of Fame.

I can’t even pick one song to feature since he has so many great one. So here is “A Boy Name Sue,” one of his more “lighter” songs.

My younger brother and I listened to a lot of Johnny Cash when we were growing up, so much so that we memorized many of the songs. I guess my parents didn’t warn us that other people might not appreciate our singing since one time my brother sang the entirety of “A Boy Name Sue,” son of a bitch included, to his preschool classmates. Needless to say, it didn’t go over well.

Another song I love is “The Long Black Veil.” Johnny’s voice is so haunting in this song.

Also, love this version with Joni Mitchell. Their voices mesh so well together. Not as well as June Carter’s and  Johnny, but their whole lives meshed so well together. If it wasn’t for June, Johnny might never had gotten his life back on track and never made some of his greatest songs. And this brings me to the final Cash song I want to feature. “Hurt” was one of the final hits that he released before his death in 2003.  It is a cover of a Nine Inch Nails original, but both are amazing renditions that have vastly different meanings. (Sneak peek at next week= I will be featuring “Hurt” when I do a special post series on NIN’s The Downward Spiral).

This is one of the most moving music videos I have ever seen. The clips of his life, the imagery of bounty and decay, his haunting voice– all send chills down my back. And when he shuts the piano at the end, I never fail to cry.

Good-bye Johnny. You are still and will always be missed. 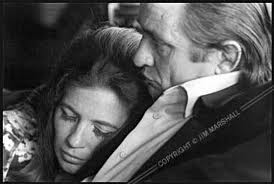 “Nights In White Satin”- The Moody Blues and I Am Home!

I am home (if that wasn’t apparent from the title)! My research program ended, I turned in my paper, and everything is good… except that I am taking the MCAT in a week 😦 But I am HOME! With my dog! Lets focus on that.

Also, this is the song that greeted me when I walked in the door.

When I listened to this on You Tube with the music video, I came across a great comment:

Imagine if some artist or band tried to get a song like this released TODAY…?
Producer: It’s not commercial enough! Not enough swearing… say “Mother-f*****’ more! You know… like “Mother-f******s in … white satin… shit… whatever…” Oh, and it doesn’t have a proper drum track. More doof doof! There’s no references to ho’s, pimps, ice, how corrupt the Man is… how you have to kill to survive… that sort of thing. Geez, guys, get with it!

“Nights in White Satin” and all of The Moody Blues music does not fit the “current definition” of music today. Or rather the current mainstream music. I feel like there is tons of music like this being performed but the general public has limited access to it. I don’t know how to get a wider variety of great music to the people, since radio stations only play about 15 top songs on any given day it seems. Hopefully this time of music doesn’t die out. Hopefully my generation can appreciate not only the good popular music but also the oldies and “alternative” music of today.

Do you listen to radio at all? Are you as pissed off at the small music selection they play? Or is it just because I am in a smaller city that the selection sucks?

I have been working on my research paper all day so I need a break ie POST TIME!

One of the songs I was obsessed with last summer was “Bulletproof” by La Roux. Something about Elly Jackson’s  unique voice, the beat, the emotions behind the lyrics. Whenever the song was played on the radio, I would stick my hand out the window (no air… my car is a ’93 Buick LeSabre), turn up the volume really loud, and sing along. Which really isn’t a lot different from what I do when I am alone in my car but I did it extra loud when “Bulletproof” came on.

My love affair with “Bulletproof” turned to a whole relationship with La Roux. Like Little Boots, I can listen to La Roux’s whole album and not find a song I dislike. But my favorite, probably in part because of the awesome music video, is “I’m Not Your Toy.”

After watching the video, I had the  biggest girl crush on Elly. Her voice is beautiful, she is gorgeous and sexy in a subtle way (not like Katy Perry, Rihanna etc), her hair is amazing, and she seems so happy during the video aka actually smiling and laughing. 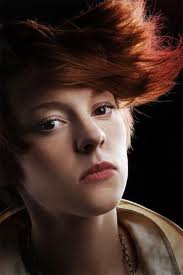 I could post more pictures but I will reign in my crush. And go back to my paper 😦

Do you have any big projects that are seemingly dominating your life right now?

I find music from a variety of places–my dad, my friends, allmusic, and of course pandora. I have found countless artists from that site and also, I don’t know if I would be able to get through college without pandora. Best study aid ever. I don’t know what station I was listening to when The Bravery popped up but I was instantly hooked on their song “Believe.” I “obtained” the rest of their discography but have yet to listen to a lot of it. Hopefully they are not a one hit wonder and actually have other great stuff. I wouldn’t say their music is unique or something that I would listen to on a daily/weekly  basis but it is good study music aka not too loud, not too soft, but just right.

The music video is a little weird and would probably make an epileptic go into a seizure but I like it. 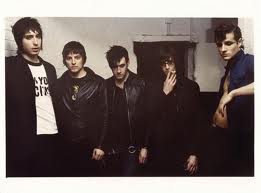 Where do you “find” your music?

Filed under Alternative, Rock, The Bravery

Are any of my readers Glee fans as much as I am? As in, so excited when Tuesday comes around so you can take a break from studying, listen to some great music, and laugh at all the high school drama you hopefully will never have to deal with again. Yes, I cannot wait until they start again in September. It is going to be epic.

One of my favorite episodes was their Fleetwood Mac episode entitled Rumours. I even made my mother watch it since she is a huge Fleetwood fan. If you haven’t seen it, head over to Fox and watch it before it expires.

The only thing that would make the episode better is if it included songs from the Fleetwood album. I mean, “Monday Morning,” “Crystal,” “Sugar Daddy”… basically all of my favorite Fleetwood songs. The song that made me fall in love though was “Rhiannon.” Stevie Nicks’ voice– so sensual, a little rough, and powerful–makes this song amazing. I have heard that the song is loosely based on Welsh mythology, and I have been interested to read some of the stories. When I have time.

And I always really loved the album cover too. Apparently, short band member on the cover (I think Fleetwood or McVee) is really tall in real life. 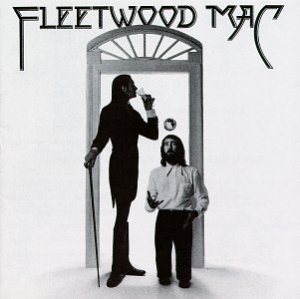 Do you like Fleetwood (and/or Glee since I am asking)?

Musical Rose
Create a free website or blog at WordPress.com.