“Nights In White Satin”- The Moody Blues and I Am Home!

I am home (if that wasn’t apparent from the title)! My research program ended, I turned in my paper, and everything is good… except that I am taking the MCAT in a week 😦 But I am HOME! With my dog! Lets focus on that. 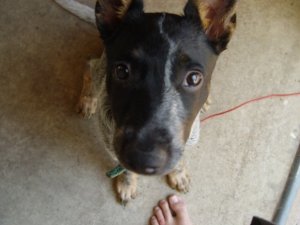 Also, this is the song that greeted me when I walked in the door.

When I listened to this on You Tube with the music video, I came across a great comment:

Imagine if some artist or band tried to get a song like this released TODAY…?
Producer: It’s not commercial enough! Not enough swearing… say “Mother-f*****’ more! You know… like “Mother-f******s in … white satin… shit… whatever…” Oh, and it doesn’t have a proper drum track. More doof doof! There’s no references to ho’s, pimps, ice, how corrupt the Man is… how you have to kill to survive… that sort of thing. Geez, guys, get with it!

“Nights in White Satin” and all of The Moody Blues music does not fit the “current definition” of music today. Or rather the current mainstream music. I feel like there is tons of music like this being performed but the general public has limited access to it. I don’t know how to get a wider variety of great music to the people, since radio stations only play about 15 top songs on any given day it seems. Hopefully this time of music doesn’t die out. Hopefully my generation can appreciate not only the good popular music but also the oldies and “alternative” music of today.

Do you listen to radio at all? Are you as pissed off at the small music selection they play? Or is it just because I am in a smaller city that the selection sucks?